Subtitles via wifi in your cell phone 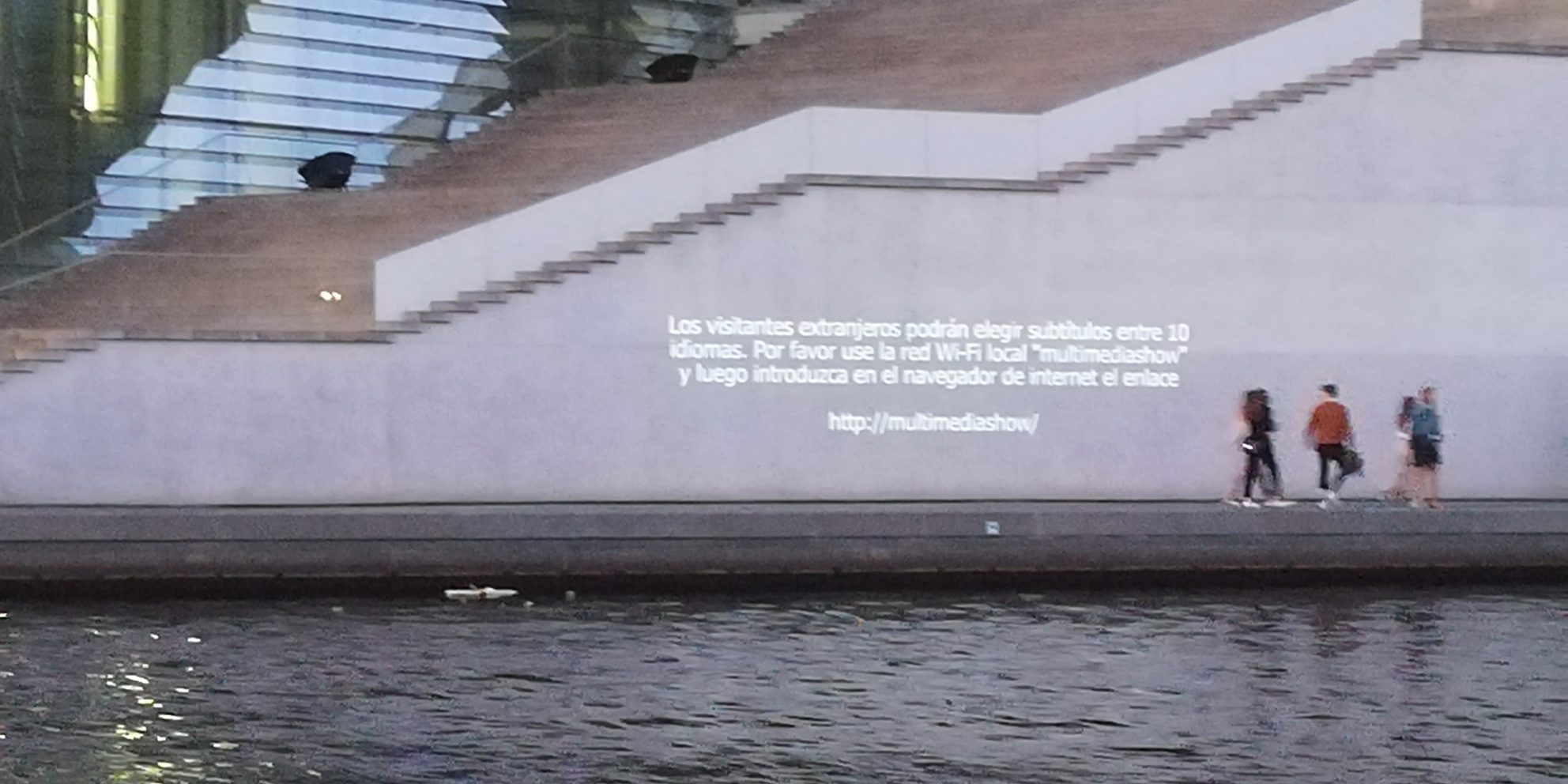 The German Parliament has been celebrating its 130 years of history duiring this last summer and part of the autumn. There have been daily visual shows about its history that used the very building as a screen. The multi-language subtitling system was quite ingenuous. The audio, with the exception of some parts in English was, obviously, in German, and the video was subtitled in English on one of the Parliament’s wall in the banks of the Spree river, as you can see in the photograph. If someone needed subtitles in another language, i.e. in Spanish, that person just needed to connect his or her cell phone to the event’s wifi and then select the correct language. The subtitles were displayed in the mobile phone’s screen. It’s a practical, easy and effective solution for short videos (I think it would become uncomfortable with longer ones). That’s German technology for you!