Reality is a circle 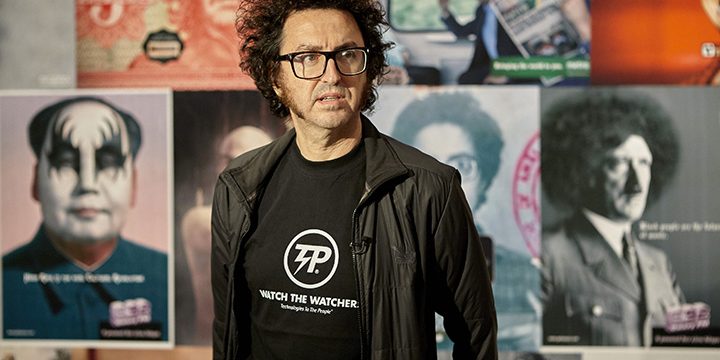 We get the impression that our lives move forward, but I am a huge fan of Los Planetas and I think that we’re constantly turning in circular streams in time. And, sometimes, there’s an intersection in this movement, which, as if we were wormhole explorers, allows us to connect with the past from the present time. I am now a translator, but I used to be a journalist. I recently was asked to translate two interviews to Daniel García Andújar, the artist from Alicante who was one of net.art pioneers in Spain, by Valencian Government’s Museum Network. And this brought me back 20 years, when I was working for El País newspaper and I wrote about the Museum of University of Alicante’s first in-house exhibition, dedicated to him and to Mira Bernabeu, another artist from Valencia. Even nicer and mesmerizing, though, was the surprise of finding my article at the artist’s web while I was doing research. I thought it had been lost in some dark newspaper library, but there it was, with its whole text and a photo. It you’re interested, you may read it here. By the way, the t-shirt that the artist is wearing in the photo is a flashback itself, because when I have seen it I’ve remembered that I also wore it for a while, because it was a gift from the museum and I loved it.